March is here folks, and the Badgers Men Basketball team is going to finally get a breather after exactly 20 years of making the NCAA National Championship Tournament. That’s right – the last time the Badgers missed March Madness was in 1998. We’re not saying there’s a 20 year curse but we’re also not denying it. Check YouTube for any existing conspiracy theories. So to celebrate the rare occasion and maybe give the basketball players something to read since they have a lot of free time now, here are 20 important events that happened the last time the Badgers didn’t make the tournament.

20.) Bill Clinton and Monica Lewinsky affair:
This special anniversary is shared with the infamous Monica Lewinsky affair with then-POTUS. And while it gave us the great quote, “I did not have sexual relations with that woman,” it also unfortunately taught most of our generation what oral sex was.

19.) UW freshmen weren’t even born yet
Freshmen at UW are total BABIES!! And yeah, they’ve lived an entire lifetime knowing their current alma mater as a team worth seeing. All great things do come to an end.

18.) Packers lost a Super Bowl:
The entire Badger nation has also shared a love for the great Green Bay Packers– the first NFL team to win a Super Bowl, and has the honor to have one of their greatest coaches share in the namesake of the NFL championship trophy. If you’re a true Cheesehead you know that your football team is a powerhouse. But what if we told you they fricken lost 20 years ago – to the fucking Broncos, no less.

17.)Peyton Manning was drafted to NFL: 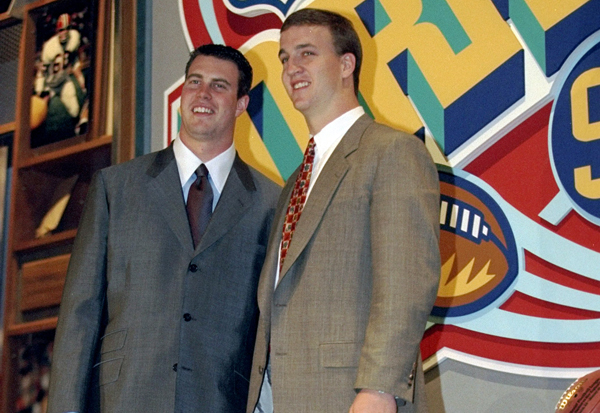 This guy just retired from the NFL two whole years ago. This streak is starting to feel old.

16.) Last episode of Seinfeld aired:
Thank the stars for Larry David. But also the entire Badger basketball team has only seen reruns of this iconic show about absolutely nothing.

15.) Nelson Mandela married his 3rd wife on his 80th birthday:
This is a momentus time in history. While the Badgers were playing on their PS1s, listening to Dick Bennett totally rip on them for not making the tourney, Mandela was truly celebrating life.

14.) Whose Line Is It Anyway? premiered:
Y’all have seen this show right? Bunch of idiots improving together led by Drew Carrey (never really liked that guy). But it was a total riot and peak, PEAK 90s TV.

13.) Google is formally incorporated:
YOU GUYS this is huge. Chances are you grew up thinking Google was invented in the Stone Age and has been a constant thing, because you used to log on and search for fricken Club Penguin and get electronic penguin beaus all the time. Well, that’s how long ago it was since the Badgers missed the bracket.

12.) Madonna and Will Smith win VMAs: 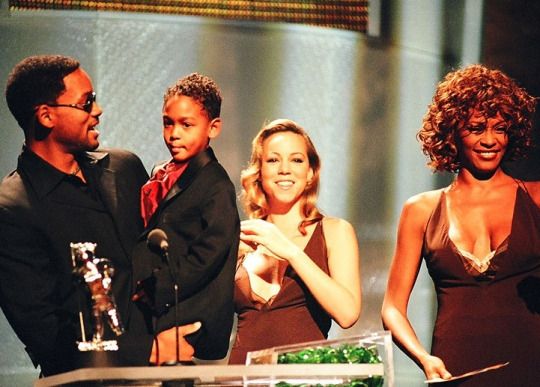 Most current Badgers grew up watching Fresh Prince but in their mind Will Smith’s music career extended to the theme song and his mayhem with DJ Jazzy Jeff. And Madonna? Your mom danced to her hits at her senior prom.

11.) Vladimir Putin is a nobody:
Ol’ Vlad didn’t become Prime Minister of Russia until 2008, and President of Russia until 2012, but today that doesn’t even seem possible. To all the Badger Babes out there today it seems like he’s been around forever – he might as well be First Lady at this point.

10.) John Glenn sent to space:
This is huge because he was the oldest dude ever, still to this day, to ever be sent into space. He was 77 years old. And… well we don’t know if this tells us how long ago the Badgers were in the race to the championship, or how NASA needs to be more age-inclusive.

9.) Macaulay Culkin got married at 17:
Little Home Alone star decided 17 was a great time to get married. To be fair to the lad, him and the misses split up four years later, and then somehow shacked up with Mila Kunis until 2010, but regardless, ‘98 was a crazy time, y’all.

8.) Winter Olympics were in Nagano, Japan:
This year many followed the Winter Olympics that took place in PyeongChang, South Korea and it was both historic and kind of a bummer for the United States. But, if you ask anybody of this generation and they probably can’t even list any other snowboarder besides Shaun White, and that’s only because he cut his hair. And also, this is the picture that pops up if you Google Winter Olympics in Nagano, Japan: 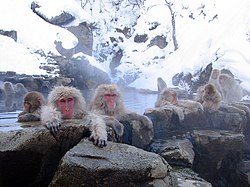 7.) Most popular movies were A Bug’s Life, There’s Something About Mary and Titanic:
These are classics, but you probably watched every single one of them on VHS.

6.) “Iris” by the Goo Goo Dolls topped the charts:
We’ve all cried about a fellow middle schooler in Vans breaking our hearts to this song. But it belonged to an earlier generation before us.

5.) A two liter of Coke was only 89 cents:
You cannot even get a McDouble for that cheap anymore. Inflation is a bitch. I miss the old days.

They took out a full-page ad in USA Today stating that they were releasing a left-handed Whopper, and tons of people came looking for it. The Badgers weren’t the only losers in 1998.

3.) Harry Potter books in the midst of being published:
The Chamber of Secrets was published in ‘98, and Daniel Radcliffe was in the same boat as all the current Badgers, of just really not knowing wtf the series even were yet.

2.) Betty Spaghetty:
These dolls were cool when you were younger, but now that you’re older and all you know how to make is spaghetti, you get a creepy flashback with every bite you take, thinking it’s Betty’s hair.

1.) Jack Nicholson wins an Oscar:
Nicholson won an Academy Award for Best Actor in As Good As it Gets, which might have been an omen for him, because all the Badgers of this generation know him for is Anger Management, and even then they were mostly focused on Adam Sandler.

It’s been 20 long years since the last time the Badgers missed March Madness, a time when current freshmen were mere twinkles in their parents’ eyes (who were probs at UW at the time) and current seniors were taking frequent napping and shitting their pants, so, not much has really changed for them. Hopefully UW will regroup and we’ll forget this ever happened!!!!!!