It was the 4th quarter of the Big Ten Championship in Indy, when a detrimental problem reared its head before millions of viewers. The Lucas Oil Stadium grounds crew froze at the sight. Right after the Badgers scored their second, and what would be their last, touchdown against Ohio State, someone’s cleat dug under the smallest corner of the NFL stadium’s turf, once voted the league’s best turf, and the rest was history. A Black Sheep correspondent happened to be near the grounds crew headquarters on the lower level of the stadium, and got a first-hand look at how the crisis was averted.

As soon as the grounds crew director, Bill Horrowitz, saw the turf incident pop-up on the TV in their tool shed/office, a panic washed over his face. He shot up out of his chair, dropping his homemade pot roast sandwich from the upstairs concession stand, and frantically looked around. The crew is small, with only 5 employees that are on duty during an actual game, considering there’s usually not much grounds-crewing to do unless it’s before and after the game.

“Guys, we need someone out there– and I don’t care what they do, just grab a tool and act like you’re fixing it,” Horrowitz said to his crew.

John Nason, a seasoned employee for Lucas Oil Stadium, was the first to shoot up and rise to the occasion. “I wasn’t exactly sure what I was going to do to mend it, but I knew it had to be done, and I was sick of working game-shifts with no excitement,” Nason said in an interview after the incident.

He said he proceeded to grab the top bucket, grabbed an unopened back of the top-rated Fieldturf, and dispensed it into the bucket. While out on the field, Nason was confronted by the thousands of fans, most of them inebriated college students, and a more daunting issue to fix than he expected: as he knelt down in the end zone and his first plan of action was to kneed the corners together, hoping they might mush together like a pizza dough. 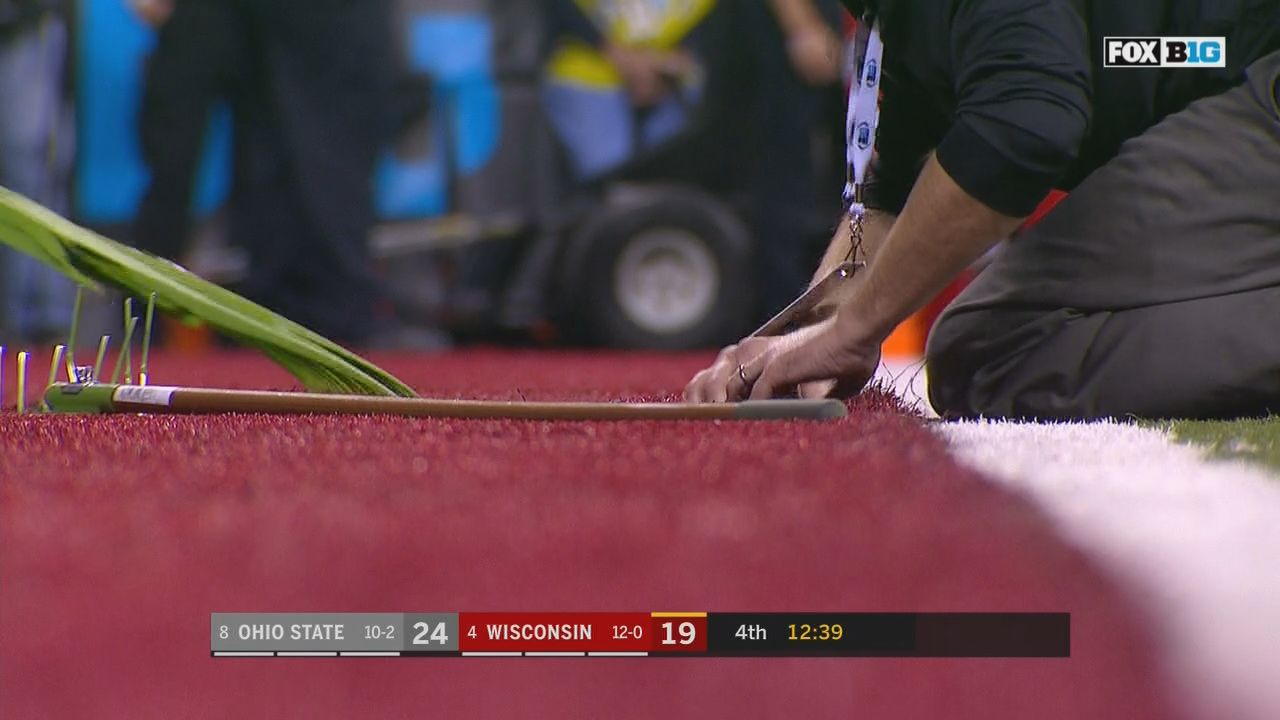 The performance was convincing before he did something he claims was one of the best decisions he’s ever made– put more turf beads onto the wound and push them around to help mend it.

However, to much of his surprise, the decision did not go over well and back inside Horrowitz radioed in telling him he was blowing it. “Nason’s response to that was that he really overdid it when he dumped the entire bucket of turf beads onto the field and wasn’t able to disperse them that easily, or quickly, by himself. And Randy just happened to be leaning next to the rakes.” 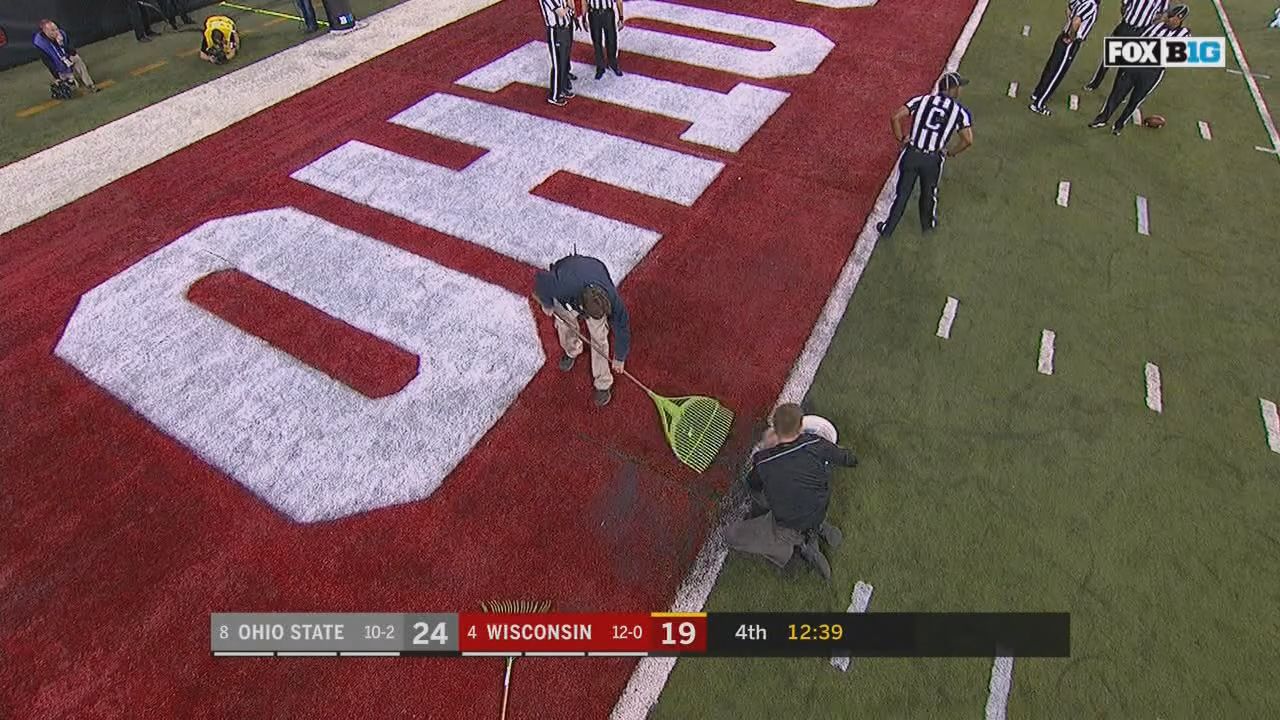 Randy Dinker was called in, with one of the said rakes, to help push the beads around – with much success. After about ten minutes of working, Nason claims he knew him and Randy had milked the performance for as long as he could, and they hustled off the field.

To the relief of the entire grounds crew, including Nason who put his entire career on the line, the fix held up for the remainder of the game. The Badgers lost to The Nuts, even after narrowing their deficit in the second half, but a representative from UW-Madison has stated that they are looking into adding a degree in turf at the university.