During the Marching Illini’s performance at the Macy’s Thanksgiving Day Parade Today Show host Matt Lauer gave a fact about UIUC. No, the fact wasn’t that UI is “the top party school in the country” or that the “I” stands for “Interim”; his fact was that Illinois has “one of the largest public university library systems in the world.”

Being the journalistic paper The Black Sheep is, we wanted to investigate this fact. We sent staff writer Nhoc Nehpets out to the Stacks in the Main Library to take a look at what is actually in this big-ass library system. 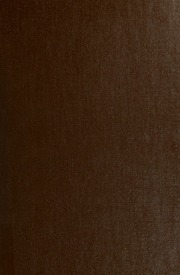 Don’t know what the Illio is? Don’t worry, nobody does. In short, it’s the UIUC yearbook and the oldest one in the Stacks is from 1895. And it’s full of gold. Here’s what we found:

The first organization discussed in the Illio is the Smokers Club, featuring a poem entitled “Ode to the Pipe.” We call those “bongs” today. It’s interesting to see a time in history where college students would be able to smoke pipes without looking like Popeye the Sailor Man.

Illinois also had a club where guys played the banjos back in the day. These guys would be the ones riding hoverboards around campus today; hipster, but trying to fit in. We image that the banjo was the original instrument before the guitar that was used by guys on the Quad to pick up chicks.

Most of the 1895 Illio was pretty lame, but a fan favorite for all should be the page about the wonderful football team from 120 years ago. Edward Hall would probably also choose to mismanage a game like the great Bill Cubit and James W. Cook would probably scramble a tad more than the fantastic Wes Lunt. However, the Illini did win seven games in 1895, but some things never change, like getting your ass kicked by Wisconsin (UI forfeited the game).

We decided to stop looking at the Illio and discover what else the Stacks had to offer.

In the incredibly interesting book of the Directory of Safety Posters, one would find a safety poster dedicated to proper technique to use a lawnmower without causing harm to oneself. Stupid Americans…

Want a quick read? The book of Japanese Fan Paintings is the book for you. No words, just paintings of fans. Perfect for you College of LAS students.

You take a quick glance at this book and you think it’s about how to prepare for the Rio Olympics in 2016. Then you open up the book and find endless activities about how to balance a budget and save money when you’re working a minimum wage job. This is why people hate books.

Word of advice. Don’t take the elevator in the Stacks. It’s sketchy AF. Just look at the door. Imagine being trapped in the elevator. It would be a pretty big R. Kelly Moment for The Black Sheep except he got trapped in the closet.

So the Stacks are quite the interesting place. If you have a few minutes where you’re not being basic at Starbucks, check out the Stacks. You’ll probably regret it, but whatever.