McKeldin Mall is a cultural treasure, inhabited by many fascinating groups of various philosophies, interests, and fashion sense. Their goals and activities may differ, but they gather in peace and harmony–much like the good ol’ USA, the Mall is a melting pot for all sorts.

Walking down the mall is kind of like being in a musical–you’re not sure how, when, or why the singing and dancing will start, but it’s bound to happen at some point. Whether it’s one of the happy-go-lucky guitarists, that enigmatic soul known only as Panflute Guy, or one of the assorted dance troupes tumbling on the grass, we can only smile and thank them for making life a little less boring and a lot more like a Broadway production.

“It’s so nice outside, but I just want to take a nap . . .” We suggest you take a cue from all those colorful hammocks strung up on the mall. They have their cake and eat it too–hammocks enable them to be at one with nature while studying or sleeping. Extensive studies by The Black Sheep’s finest medical professionals show that Hammock People have lower stress levels, higher productivity, more regular bowel movements, and a stronger sense of self-worth than Non-Hammock People.

When UMD decided to create a non-smoking campus, they inadvertently created a stronger, more unified community of smokers. Thanks to UMD’s policy of you-can’t-smoke-anywhere-but-a-few-arbitrarily-chosen-spots, the front of McKeldin Library has become a hotspot for lighting up and socializing. Fenced off from the outside world by the bike racks, the smokers’ kingdom initially seems exclusive and forbidding. But the simple act of walking up to them and saying “Hey, can I take pictures of you for a comedy magazine?” reveals how friendly and welcoming this group is. Perhaps they should consider creating an Orgsync and becoming an official UMD club–they have enough charisma and regular members. (Disclaimer: The Black Sheep does not encourage smoking. Unless you want lungs as black as our Sheep.) 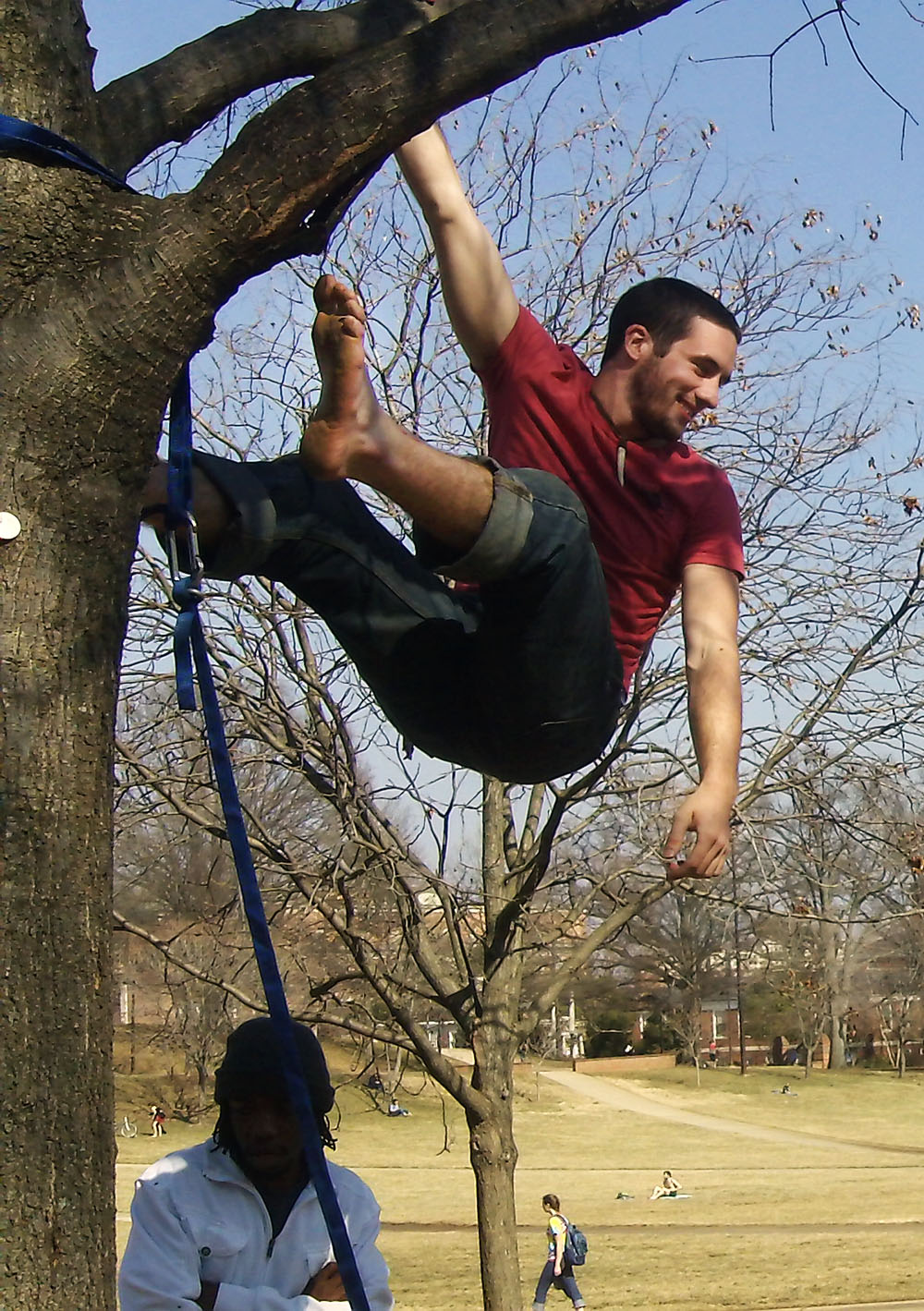 We can’t actually confirm that this campus is a safe haven for people who ran away from the circus and wanted to pursue a normal life. Still . . . does it not strike anyone else as odd that a band of jugglers hangs out on the Mall? And what’s with those tightrope walkers? Walking down the Mall, it is not uncommon to see a rope tied between two trees and an intrepid, barefoot individual walking atop. Maybe the circus didn’t do it for them, maybe the circus kicked them out for being too academically ambitious, but either way we’re glad these artists are now a part of the daily Mall scene.

Every year, thousands of Muggles turn 18 and realize that, oh, crap, they really are too old to hope for that acceptance letter to Hogwarts. Luckily for all UMD students, a slice of Hogwarts exists on campus. In an admirable mixture of athleticism and geekery, the Maryland Quidditch team can be sighted at practice on the Mall. For those of us who are too cool to go to football games or other university-sponsored sporting events, camping out on the mall and watching these broomstick experts is–dare we say it–magical.

With a chill in the air coming on, many of these fascinating organizations will probably retreat into hibernation and bide their time for spring. Before that unhappy day comes, we at The Black Sheep encourage you to visit the Mall and bask in the presence of these unique groups.