If you’re reading this article, odds are you’re familiar with alcohol. It’s the tangy, clangy, over-hangy elixir that most of us drink when we want to forget our lives, which at college can be fairly often. Since most places at this school don’t allow us to have alcohol because they were too lazy to get a liquor license, we decided to think of the five best places (besides The Rec) that could benefit from getting one.

The ice rink has been a UConn institution for as long as people have been bored by hockey and figure skating. The only thing that’s made those industries into the powerhouses one of them is (it’s hockey) is the fact that everyone is off the wall off the alcohol. You know how you just end up doing laps of the rink because you’re too chicken to try that triple salchow? Well now you’ll have the courage to try with the help of your friend John Daniels that you just bought from the ice rink bar for an exuberant price. You won’t pull it off. You’ll never pull anything off.

4.) Buckley Dining Hall:
You have an idea where this is going, considering that at reading the words Buckley Dining Hall probably made you sigh and get a sudden craving for the nicotinic nectar that is alcohol. But everything tastes better while you’re drunk, be it a potentially overdose-inducing amount of Wings Over or a plate of whatever junk they’re hucking at a dining hall. So why not the worst dining hall of all? While you’re getting loaded and going Buckley-wild, make sure you go hard as you’re likely to end up getting sick anyway, be it from the elephant killing amount of alcohol you just got from the soda fountain or from literally any morsel of food you happen to eat at Buckley.

Let’s be realistic, the business school is cranking out people who end up getting cranked up. A majority of the stock-broker, hedge fund-managing crop are headed to a life of drugs, drugs, pleasant afternoons of mini-golf, and drugs. So why kid ourselves? Lets just hand them coffee cups full of bourbon and eye droppers full of Miller High Life on their way in and a Shock Top on their way off the stage from graduation.

Hemingway, Fitzgerald, Faulkner, Cheever, Capote. These are five of the most prestigious writers who were heavy on the ole booze train, as Google tells us. What better way to make money than to give these habits to the people that think they can be as good as those five? That short story they wrote? Derivative and very bad. But as long as they have a glass of Jameson in their hand and a cup of Benton French Vanilla in the other, they can say that they’re just “ahead of their time”. 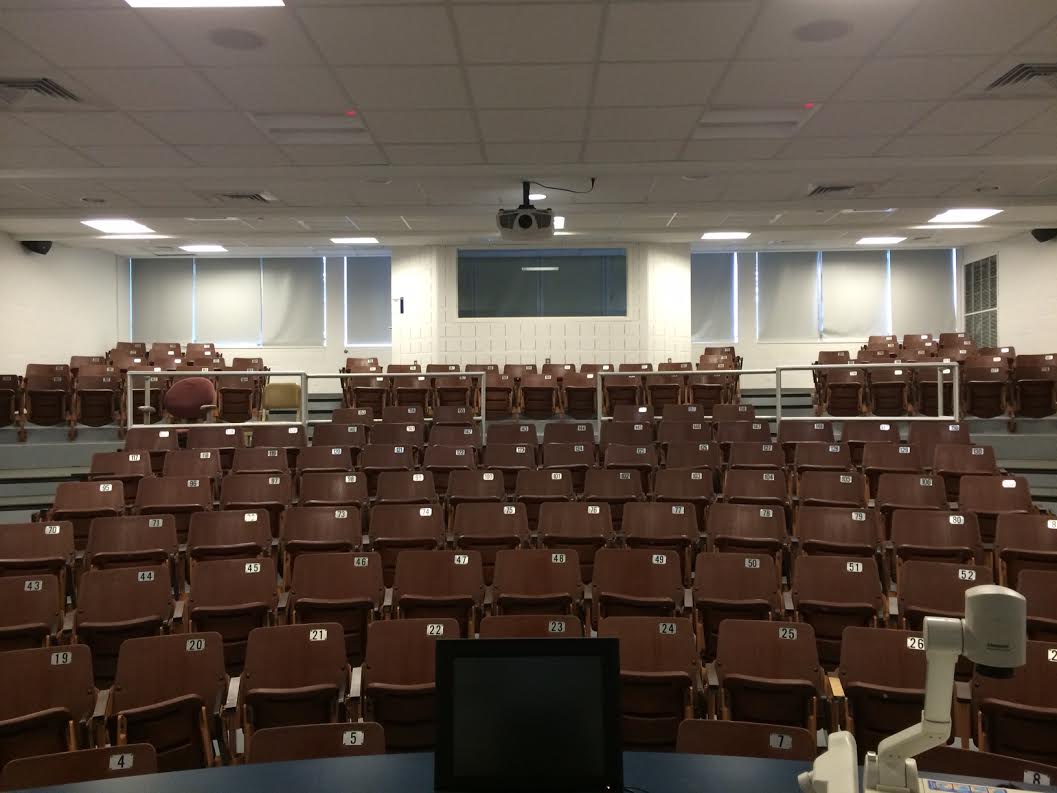 Ugh. Like, just ugh. Arjona, it’s just the worst building. It’s like the scoliosis of buildings. It’s weirdly shaped, it’s ugly, and everything in it is just small and ill-fitting. It’s actually more like Siamese twins with scoliosis, since they for some reason decided, “Oh this awful building we made? Let’s make another one just like it,” and that gave us Monteith, the mirrored spine. So yeah, take a shot. God it’s awful.

Beer before liquor, never sicker. Liquor before beer, in the clear. Driven to do both until you’re imprudent, you’re probably a UConn student.